FREE SHIPPING ON ORDERS OVER $150*

Clothing for the Wolves of the World

Customised. Sustainable. On demand. Find out how two young men are changing the face of fashion.

Name: Zoltan Csaki || AKA: With a name like Zoltan, do you really need a nickname?! || Often found: In the CW factory || Listening to: Robert Louis' 'Sonic Switch' show on Mixcloud || Whilst sipping: Lagavulin 16 || Passionately discussing: The future of fashion || And working on: The future of fashion (AKA Citizen Wolf!) Hidden amongst the sprawling laneways of Sydney’s Inner West is a clothing factory unlike any other. As you make your way through the streets of Precinct 75, passing hip hairdressers, an axe-throwing experience and hip eateries, you will soon find yourself standing in front of sleek glass doors that proclaim the name Citizen Wolf. It’s the home of creative geniuses Zoltan Csaki, Eric Phu, and a gorgeous Golden Retriever by the name of Maggie. Despite having precisely zero experience in the fashion industry, these two gentlemen are changing the way we think about clothing production. Their story begins with a problem that all of us have experienced when walking into a clothing store - finding the perfect fit.

“To be completely honest, we set out to solve the fit problem. We thought it was insane that we put a man on the moon 50 years ago but today, you can walk into a shop anywhere around the world and not find a piece of clothing that fits you.”

“The whole way the industry operates is just ass-backwards. It’s crazy. Everyone makes all these things in a certain size, in a certain colour, and basically crosses their fingers, hoping that someone’s going to buy it. It’s fucking insane!” 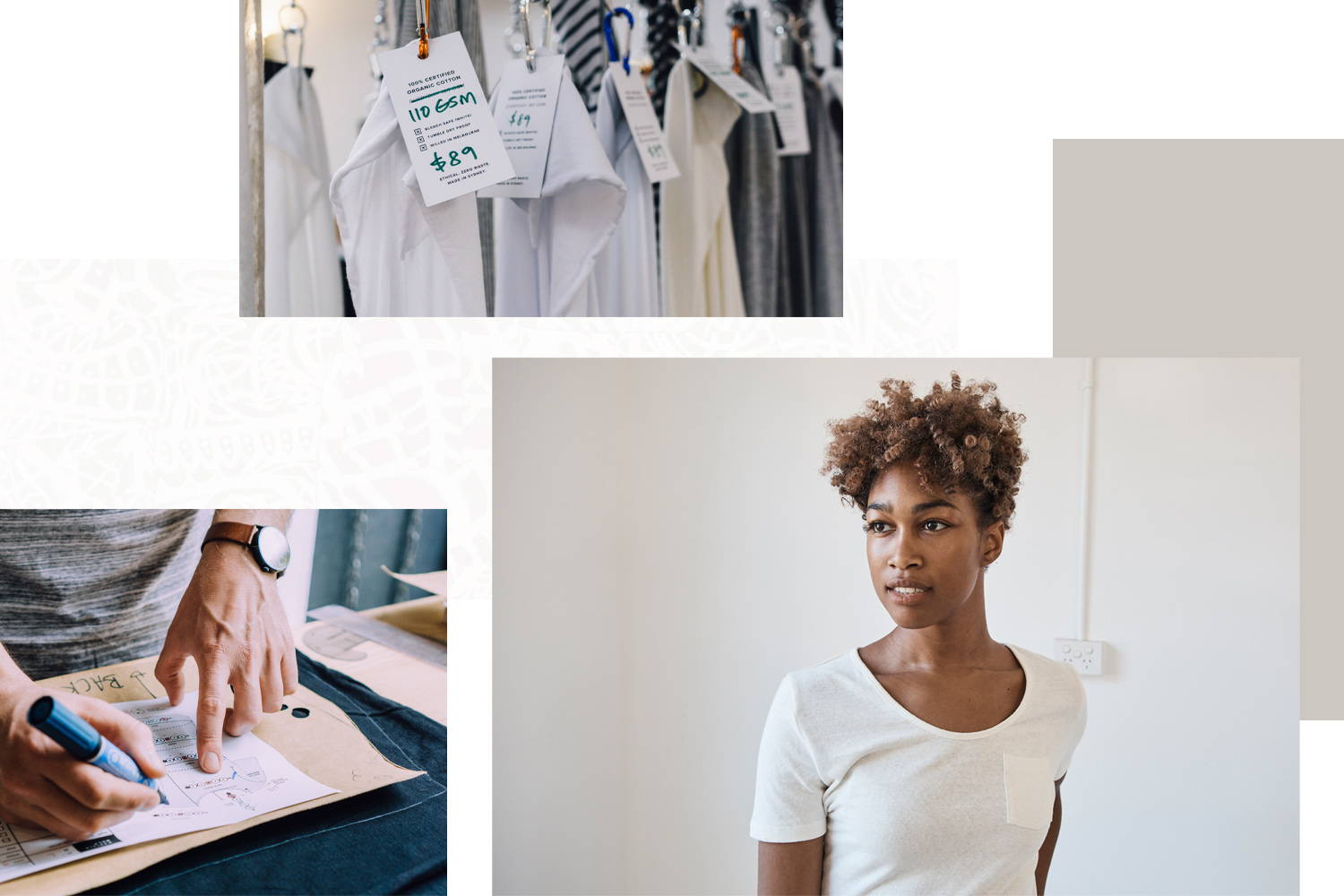 You may have heard about the environmental impact of fast fashion, but did you know that globally, we now consume almost 80 billion new pieces of clothing per year? It’s not just a matter of consumption though. Studies have shown that Australians send a shocking percentage of clothing to the landfill each - 85% in fact.

The fact is that the fashion industry is based on encouraging people to purchase new clothing. That’s why we have things like fashion trends (“oh my god, you can’t wear coral - that’s SO last season!”). However, this sort of approach is unsustainable in a world that’s struggling with excessive waste.

“It’s crazy. It’s unbelievable. And it’s unsustainable. You don’t have to be a genius to realise that.”

To combat this issue, Zoltan and Eric came up with the idea of Citizen Wolf - a clothing company that would make tailored clothing using ethically sourced materials, on demand. It’s something that sounds complicated (and it is) but for Zol and Eric, it’s worth it because it’s the right thing to do. So, how do they do it? By creating a three-layered tech stack that addresses every stage of the production process.

The operation starts with their unique Magic Fit algorithm. Using just your height, weight, age, and bra size (for women), the machine builds a mathematical model of your body. Derived from 196 million data points across multiple anthropological data sets, the boys are able to achieve a 94% accuracy when it comes to fitting clothing. Amazing, right?

Then, the measurements are used to create a pattern, which is cut with their dynamic pattern software using a giant laser cutter. Finally, it’s time for production, which takes place in Citizen Wolf’s microfactory.

But, do you want to know a secret? Most clothing manufacturers hate working this way.

“We had to create our own factory precisely because nobody wanted to work this way. Normally, manufacturers like doing things in bulk because that’s the way things have always been done. It’s how they make their money. Everyone’s resistant to change, especially when it inconveniences them. The number of times I was told to piss off was incredible! People thought I was just being difficult. They called me an annoying little man.”

It is precisely because Eric and Zol lacked a fashion background that they’ve been able to revolutionise the way clothing is made.

“We were able to ask naive questions and not jump to the foregone conclusion.”

Unlike other clothing stores, Citizen Wolf pre-washes each piece of fabric to ensure there is no shrinkage after being washed by the customer; they also offer free repairs for life, so that a single piece of clothing will get years of use. It’s a time-consuming process and (to be honest), one that actually costs the boys money and cuts into their margins. So why do they do it? Because it’s the right thing to do.

“We make our lives difficult to make our customers’ lives easier. It’s another step, another cost, and adds time. But we’re not in the price game so we’re able to take these hits on margin - because it’s the right thing to do. Rather than being greedy and hoarding all our profits, we think it’s better to give it up and do the right thing.”

“Eric’s got a saying that he loves to repeat: it’s not a principle until it costs you money. It’s easy to say you believe in ethical fashion, but then go shop at a big department store. That’s just bullshit. Once you decide you believe in it and you’re prepared to spend the money to prove that? That’s when it becomes true.”

From the moment you step through the doors of Citizen Wolf (whether online or in the flesh), it immediately becomes clear how committed these guys are to creating sustainable fashion. Their fabrics are made from natural, biodegradable fibres and sourced from mills that have been accredited by Ethical Clothing Australia. All but one of their fabrics are woven in Melbourne, keeping things local. They even use the fabric offcuts to create bags that are lined with old City of Sydney banners that would normally end up in landfills.

Citizen Wolf makes clothing, not for the sheep of the world who need to be told what to wear, but the wolves of the world. Individuals who are brave and bold and dance to the beat of their own drum. People who are invested in the future of our planet, and investing in change, one piece of clothing at a time. Good citizens who are willing to walk a more difficult road because it’s the right thing to do.

“Nobody can legitimately talk about sustainability as a fashion brand if you’re not running an on-demand model. Because if you’re still mass-producing, you’re still overproducing, and you’re still part of the problem. We really believe this is where the fashion industry is going. Customised. Sustainable. On demand. Anything else is just not good enough.”

Wolves of the world, you’ve found your pack.